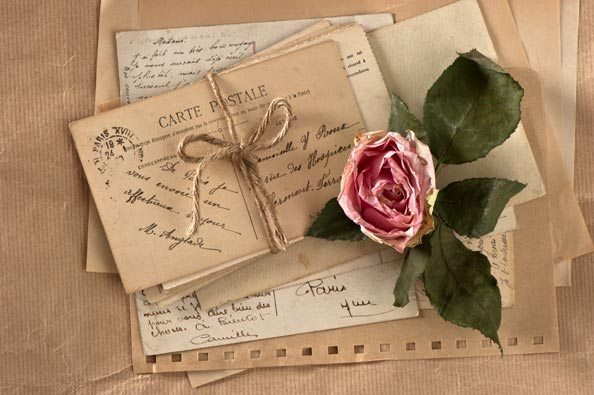 Letters have always been one of my favorite things to write and read in the Adventures of Keltin Moore. For me, they’re right up there with the beast hunts in terms of enjoyability. Like candy, they take a long time to make, are enjoyed far too quickly, and I always want more. After setting a precedent for featuring correspondence between various characters in The Beast Hunter, I felt secure in continuing Keltin and Elaine’s budding relationship through their letters.

Of course, including the letters did require some extra considerations. For instance, I had to train myself not to think in terms of instant responses. I’m definitely an inbox-watcher. I struggle with feelings of frustration and anxiety if someone doesn’t reply to a text or e-mail within a day. Still, I do have some experience with old-fashioned correspondence. During my 2-year mission on the Navajo Reservation in New Mexico, my only way of corresponding with my family and friends was through written letters, so I know what it’s like to see an envelope with real handwriting on it inside my mailbox.

While letters in Keltin’s world would definitely take longer than modern communication, I didn’t want to take that idea too far. After all, if letters are the primary form of communication for a society, then it stands to reason that they would have developed in such a way to make the mail system as robust, reliable, and efficient as possible. Even when delivering letters to and from a boom town in the far north, I figured it was safe to have Keltin expect reliable deliveries every few weeks.

While this delay of responses meant that I couldn’t write the letters like a long-distance conversation, it did allow me to let the characters say what they were really feeling much more easily. In addition to the relative security of writing to someone rather than speaking face-to-face, the time-delay in delivery would allow each sender to take their time with their responses. I envision Keltin and Elaine taking hours carefully considering each sentence as they write it, perhaps going through multiple drafts until they have expressed themselves to the best of their abilities. This idea allowed me to step away from the informality of dialogue and really indulge in more elegant prose.

A big influence for Elaine’s letters in particular came from Regency romances, my wife’s favorite genre. While most of the reader’s time is spent with Keltin in the rough and rural parts of the world, I try to give a small glimpse of the upper classes through Elaine’s correspondence. The contrast between her elegant speech and Keltin’s more rustic style is something I particularly enjoy.

I once teasingly asked my wife if she would like Keltin’s stories better without all the beast stuff in-between the romantic things. She replied–quite correctly–that it would make Into the North into a short story. Still, it’s a short story I wouldn’t mind reading on Valentine’s Day.

If you’d like to become a patron and gain access to sneak-peaks and shout-outs, check out my Patreon page here: